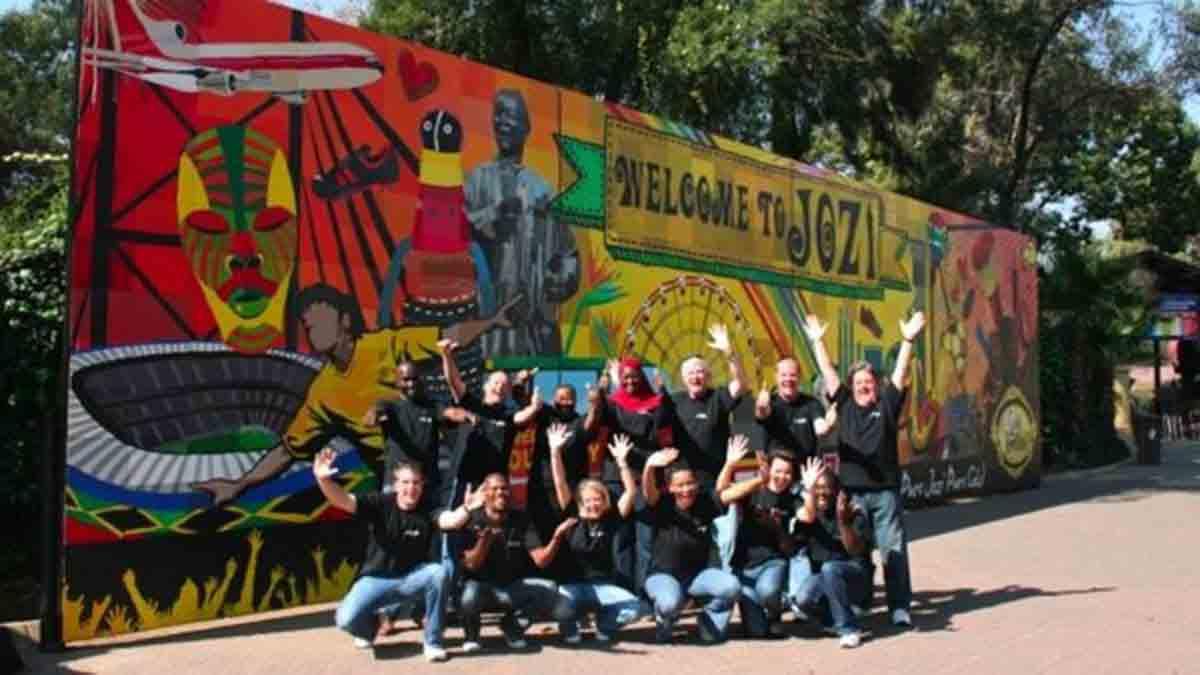 Gold Reef City theme park and Johannesburg’s premier radio station, Highveld Stereo aimed to get locals fired up and doing something to get excited about the impending World Cup tournament that was coming to Africa for the first time ever. They also wanted to create a unique warm welcome for the hundreds of thousands of visiting fans from all over the globe.

One Picture from 588 Panels

As the exclusive licensee of Catalyst team building products in South Africa, Dream Team Catalyst, decided to stage a series of events that culminated in the world's most popular and effective team building activity, The Big Picture. The specially designed Big Picture comprising 588 panels was painted by 3000 members of the public at four locations in and around Johannesburg.

The completed artwork, measuring 5m x 20m was unveiled on the day after the opening ceremony and stood proudly at the entrance to theme park for the duration of the tournament. A super-high resolution image of the completed Big Picture which was also printed out and made in to life-size billboards which adorned the Joburg skyline during the tournament. 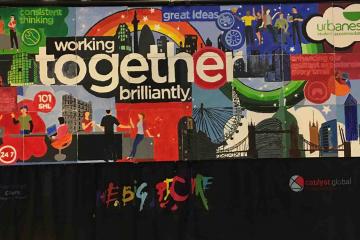 Kingfisher Sourcing get outside & active