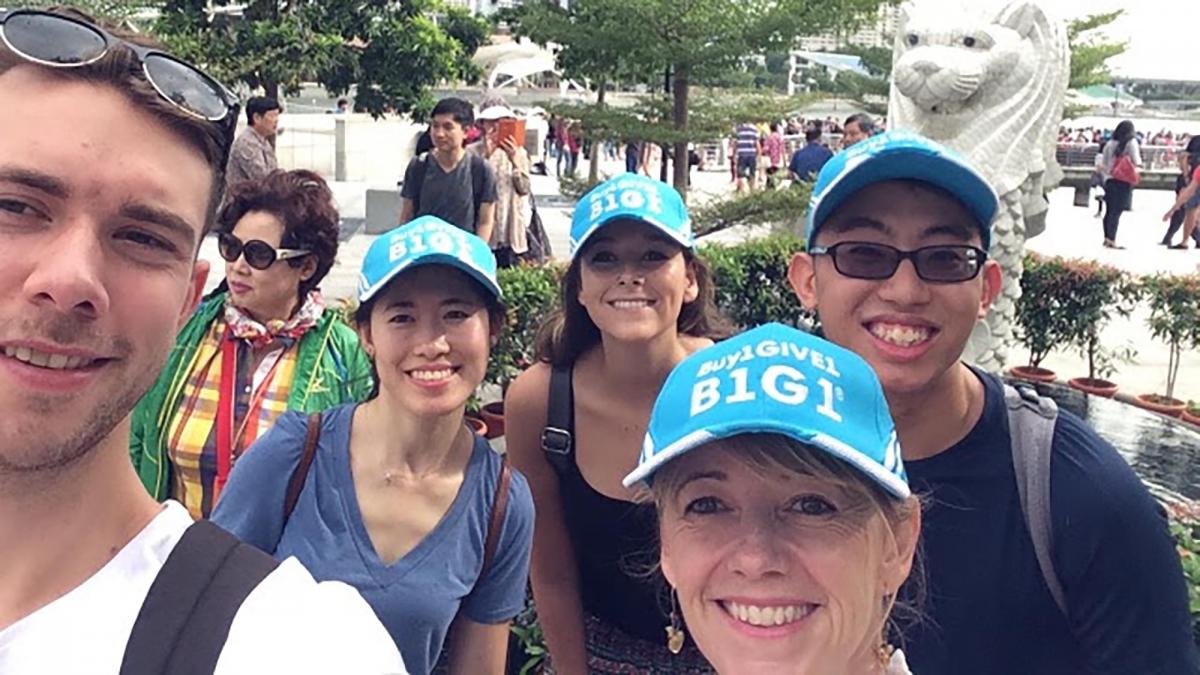 With the holidays approaching, Catalyst Global is celebrating the year and working to deepen our connection as a community. On December 12, capitalising on being the world’s largest network of team building providers with 42 businesses around the world, we will follow the sunrise around the globe to complete the world’s first 24-hour continuous corporate team building treasure hunt with impacts going to the global business giving initiative, B1G1.

Giving is powerful for the person giving as much as the recipient. When we give someone a gift, watching them open it makes most of us feel warm and fuzzy. Research shows that people benefit both emotionally and physically through giving and volunteering. That’s right. Want to increase your self-esteem, lower your cholesterol readings or lower your BMI? Give a little.

Pro social behaviour refers to "voluntary actions that are intended to help or benefit another”. What motivates us to be pro social? How can we boost these feelings so that we want to give more? 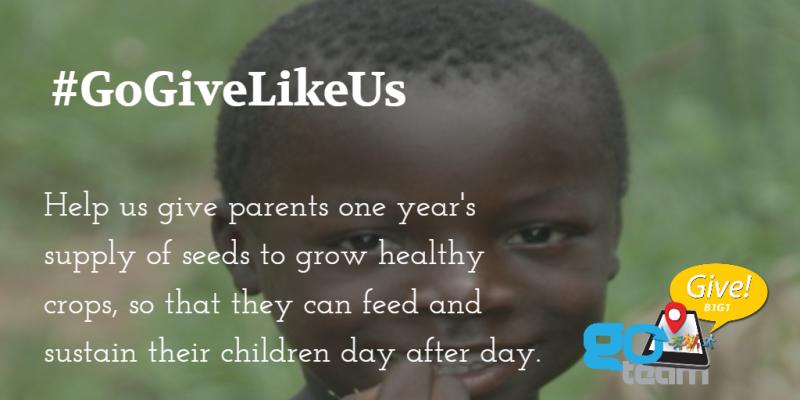 In a study published in the International Journal of Happiness and Development, researchers investigated how social connection assists in turning generous behaviour into positive feelings for the giver. Over a series of three studies, the researchers concluded that giving to a cause, leads to the greatest feelings of happiness for the giver when the giving fosters social connection.

It makes sense. Giving is an act of participation in the world and relationships around us. So giving as a group rather than as an individual making an anonymous donation makes us feel happiest. This is great news for organisations wanting to boost employee happiness. Capitalising on this collective giving concept though a consistent, genuine CSR program is a win-win solution, the benefits of which go beyond the joy of giving.

When employees participate in an organised giving program, there is usually a process of learning and engagement as a group. A recent study by the Consultancy of Corporate Citizenship revealed that enabling employees to participate in giving initiatives could deliver returns to the businesses by reducing training and development costs.

You may have heard of Giving Circles. These are a growing trend of like-minded people who come together to pool their giving efforts. Often described as a cross between a book club and an investment group, giving circles are playing directly on this notion that giving together has great rewards for all. 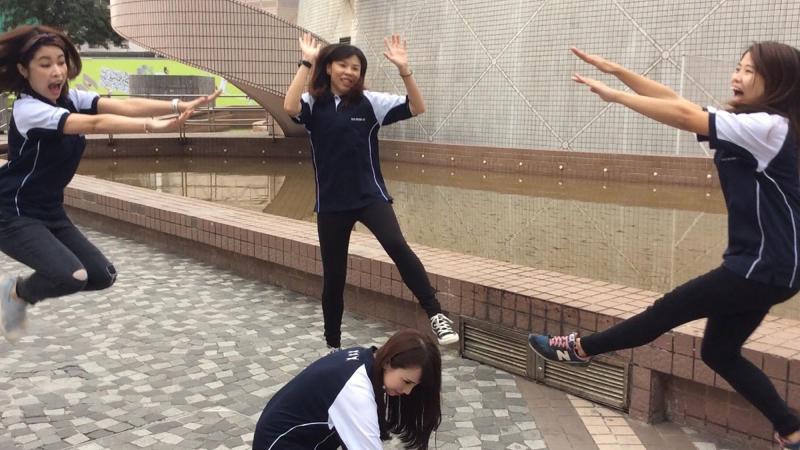 Innovative ideas are often right under your nose

At Catalyst Global, based on this and other research on the power of giving, we set about to develop a team building activity that would maximise the joy of giving through giving together. As often innovative ideas are, the answer was surprisingly simple!

In December 2015, the Catalyst Global team building network became a lifetime member of Buy1GIVE1 (B1G1). B1G1 is a global business giving initiative. In B1G1's program, 100% of contributions made by B1G1 members are directly passed to its partner Non-profit organisations (NGOs). B1G1 focuses on the impact of giving on people's lives rather than simply amounts donated.

Like most innovative team building programs, Catalyst Global brought team treasure hunts to the corporate world over 25 years ago. Back then it was the old tactile stuff - think map, pen and notebook. Then, in 2013 in a partnership with Bluehat Group, the Go Team team building app was launched. It soon became the program of choice for Catalyst clients across the globe and still remains a market leader.

In writing this article I shudder at the thought of Go Give being copied, but being the leader in team building with 30 years’ experience means that this is something Catalyst Global has come to expect. Think corporate drumming, big picture, and cardboard flat pack build team building events, the list goes on – all original ideas from the Catalyst Global R&D team. I should be more giving (or forgiving), when Go Give is copied – NGO projects will benefit!

“Imitation is the sincerest form of flattery….” Oscar Wilde

Through a combination of B1G1 and Go Team, Go Give was born. In Go Give, participants attempt as many checkpoint challenges as possible within a certain timeframe. These include photo challenges, questions, video challenges and more! And the exciting thing is that each challenge is associated to a B1G1 project, so teams select the project they would like to give to and once they complete the challenge they are giving impacts to one of many incredible B1G1 projects. 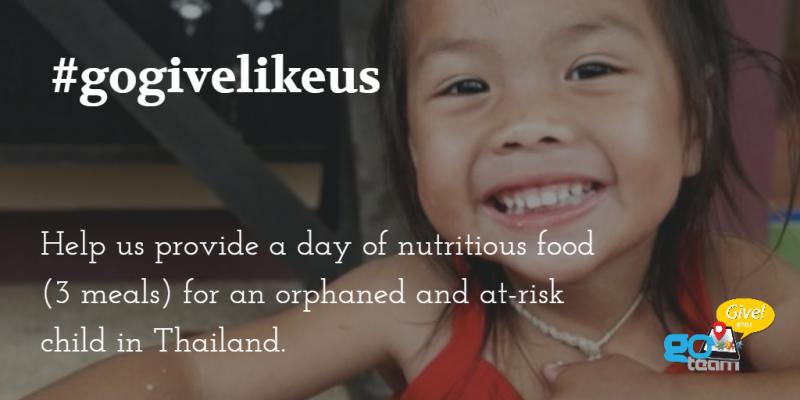 The why behind Go Team - Go Give

Go Team is a fun and inclusive experiential learning tool. It has proven lasting benefits for both individuals and teams. Participants need to actively practice and develop empathy while sharpening their skills of working as a team. Go Team demands that participants stop multi-tasking, avoid distractions and focus on the team task at hand. Successful teams observe, listen, develop strategy together and communicate it effectively to the team - all key elements of great team dynamics. Operating in offices strewn across the globe, in several different languages and with an array of social cultural difference, Catalyst Global is a passionate community bound together with a belief in the power of effective team building programs to bring about change to the lives of individuals and organisations. 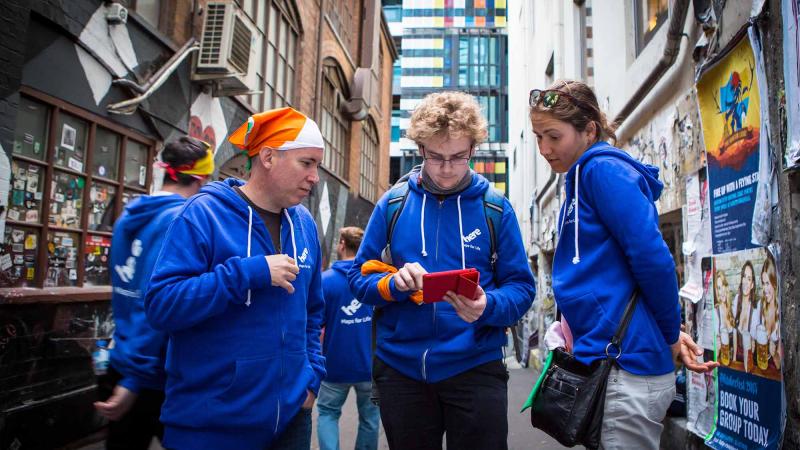 Still 2 weeks away and we are already buzzing

We are so excited about the first global Go Give. Yes we want to participate in the fun that we watch our clients experience every day, but it’s more than that. The thought of how many lives we can positively impact by giving together is exhilarating. So, when you wake up on December 12 you’ll know that somewhere around the globe the people who brought you team building are out there having fun and experiencing the joy of giving.

Then, consider how your team can experience the joy of giving. Go Give together. Book a Go Give for your organisation’s next team building event. 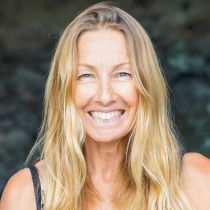 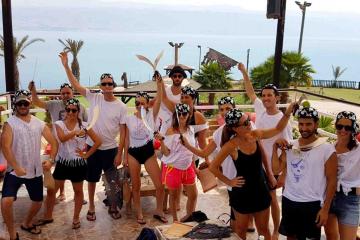 Explore how our leadership team building activities can improve your team collaboration. 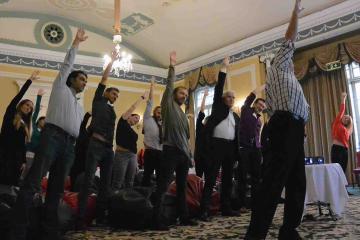 Why Incorporating Wellness into Your Team Building is Essential

Show your employees that their wellbeing is important to you with dedicated mindfulness team building. 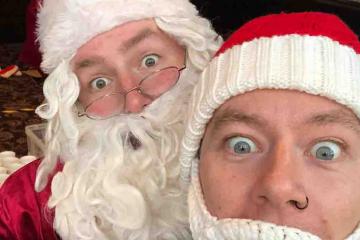 How to Create the Perfect Team Building Christmas Party

Christmas is a time for cheer and festivity, so let our Christmas team building games begin!